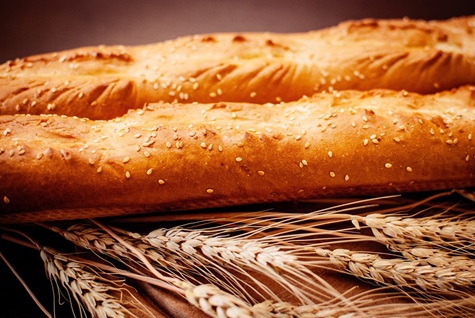 The German-language document you may find here!

You undoubtedly have a great talent to arouse interest of your concern and you used this talent to encourage the reader to read through your circula.

Accordingly, your religious community wants to address and reach especially the man and thus you also want to arouse interest in the profession of a clergyman, to which, however, a vocation clearly belongs, but every profession coupled with a vocation in this spiritual area would also be important, such as the profession of a teacher or a doctor, for example; but also a family father is not to be underestimated in the importance of being and passing on the lived faith.

You described in your letter an attentiveness of the men regarding your sermon or lecture and noted an interest of the men for God.

A few months ago, my person followed via TV a documentary programme of an aspiring priest who was about to be ordained.

Even from a distance, an experienced Catholic could see that the aspiring priest recognised the situation of the Church and used it accordingly, because the shortage of priests is not a big secret and so he wanted to be recognised and "embraced" by other men.

He wanted to be sheltered and cared for by other clergy and explained that it was a big step for him to renounce children and wife in order to enter the state of a clergyman through celibacy, which clearly cannot have the slightest thing to do with a true vocation.

He needed a lot of attention, so much that even his planned promise to God was to be made public via TV!

It was shameful that an involved* experienced clergyman got involved at this level of a rather weak and not very worldly person in order not to lose the candidate before ordination!

To make it clear, let me cut to the chase and write: It was literally to scream, simply to scream quite loudly!

And this loud screaming, that will come, because we will all and preferably the women scream loudly; scream for their children and scream for their husbands and for themselves, but there will be no mercy to be had!

For if one is too stupid to understand life and too clever to die, but allows all the question and answer games of today's entertainment programmes to be successfully completed in public, yet does not recognise the essential questions of life or does not seriously ask himself/ herself these questions, then one cannot find any essential answers and no longer recognise or correctly interpret the Lord's command!

Even the lyrics of today's hit songs are ignored, although there are indications from all sides to confirm OUR commission!

Where especially true, called clergymen and preferably possible young men are to be looked for and found, my person can clearly recognise and name what has been on my homepages for years.

This second category+ of clergy still had about it what today's clergy have generally lost:

It is the hard, clear tone of a man with a straightforward clarity and accuracy of a clear announcement.

The courage to call the "dirt" by name and the force of power with an emphasis on "Eternal Life", which has every conceivable priority over life, is something my person could still experience as a child of a clergyman.

And when it comes, as it could come, then my person will make a real man out of every sick and weak "sausages" that crawls around on God's earth, with everything that goes with it.

For a three-figure, billionaire church, which needs the bell-bag to beg for the "starving world" on good luck, cannot as a rule have straight men behind it.

Humility and hope in God's saving hand have become the basics of true clergy these days.

My person, meanwhile, has quite different basics, which are getting worse every day!

So I remain with the wish for a future worth living for all.

As time is coming to an end, I must also publicise this letter on the internet, as I still hope for the expertise and talents of many people, even if that horse will be soon out the barn!