Attn. Of The Parish Priest (Ossfort) ? 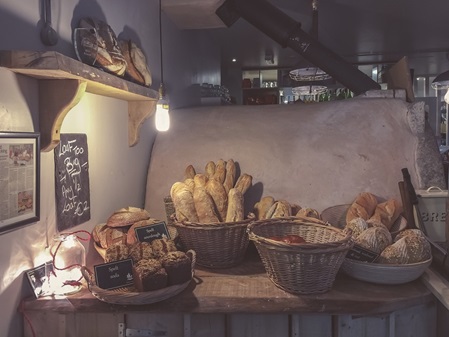 The German-language document you may find here!

I would like to follow up briefly on your sermon today via radio and ask you to read the enclosed letters in peace and pass them on.

It would be nice for you and your parishioners if everyone would again remember together what it means to resist and how this affects others.

Conversely, you and your community members should also be made aware of how a society develops if no resistance is made.

For this reason, my person has enclosed two recent letters so that you can get your bearings again.

The idea of ecumenism is far from mature, although a common path and unity of mankind is the commission of every Catholic.

Nowadays, a Protestant has nothing to say against a Catholic, since the latter also offers no resistance to a modification of his/her faith, so that a Protestant today is in a position to approach the Catholic Church with open arms.

This is probably also due to the fact that you and other clergy will underestimate a Protestant, which one notices when one looks at the multitude and, above all, the placements of Protestant kindergarten and school headmasters.

Even in a Catholic state like Bavaria, for example, you should take a look at the telephone directory of the city of Munich and count how many Protestant churches are located there.

In this respect, the Protestant Church was probably a little more forward-looking and quicker than the Catholic Church; probably because the basic attitude of a Protestant is quite different from that of a normal Catholic, who would be burdened if hisIher  fellow human beings were bound to a false leadership and teaching.

As a good observer, one can recognise the essential difference between the two denominations first of all in the pastor, but also in the church itself, and last but not least, one should recognise it in the people, but this has become much more difficult in recent years than it was about twenty years ago.

Thus, the two major Christian denominations have come closer to each other than one might think.

A Catholic should then no longer be surprised that portraits of some personalities are already hanging on the walls of the churches and that the kneeling benches in the church are no longer fully placed as many more are!

The Catholic Church with its parishioners must also learn anew to resist, especially in those countries where the vast majority of the population is Catholic, such as in Spain.

There, every clergyman or Catholic only watches how the state relaxes the laws by legitimising stem cell research just last week, or how the next state forms its government, with election promises increasingly attacking the faith by relaxing Christian values, if we take the current example of the USA and abortion.

Where does that actually leave the resistance of today?

He is stuck with the fact that the church would lose some of its best taxpayers through this kind of resistance, but will basically lose more than just church taxes, namely its credibility!

Do not be too gullible towards a Protestant, especially if heI she has gained a position in politics and business, and also think of the deceased clergymen, who in their lifetime offered quite considerable resistance out of conviction, but certainly not** to be betrayed and sold one day in this cheap, consensual way!

May 2018/ HP: Take care, all of you, that all instructions and orders of the reorganisations given according to the various homepages of my person are realised as soon as possible and think especially and preferably also of the instructions and facilities of the castles worldwide, because in this connection, among other things, the beginning of the miracle healings can be made possible.

According to the Bible, the apostles were also partially able to make miracles happen, but this will logically be transferred to the (high-tech) "high-tech medical care of the medical profession" in the transitional period and matter, and will rather not be transferred to the present clergy of our time.

HP:  Abortions and the hunger of mankind are to be eliminated as basic prerequisites absolutely and without exception; everything else will then certainly be taken over by the Cudgel of my person!

Thus it would be more than advisable for the affected mothers and fathers of the aborted to see to it, that such premature killing of human life is to be ended worldwide and immediately and will and must inevitably always have consequences also for uninvolved people!

Some of the witnesses of "these consequences" will have known more about this for many years than they have let on and admitted so far, probably in order to want to drag other people into the same highly dangerous level and to let them run aground, so that one is not alone in case of emergency, or is it?!